The Day I Became Uncool

I remember it well, the day I became uncool in a child's eyes.  Sausage Von Trapp had brought her two boys over to my house to see the latest creations for Hallowe'en.  They were animatronics, a stirring witch (before you could buy them at WalMart) and the Flying Crank Ghost and the two boys were impressed.  Then the question, "How did you do that?"

Why didn't I say something like magic, oh it was nothing, it was easy, it was hard, a million of other things that I could have said but out of my mouth came vile words of maturity, words of *gasp*, an adult:

"Learn all that you can in school in science, math, and the arts, study hard, make good grades and you can do things like this too."

I immediately went from cool Uncle Macabre to another grown up.

Sigh why didn't I say magic? 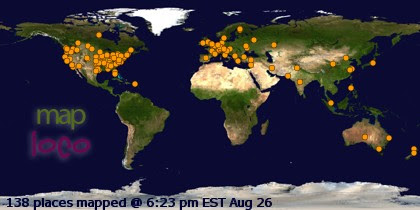